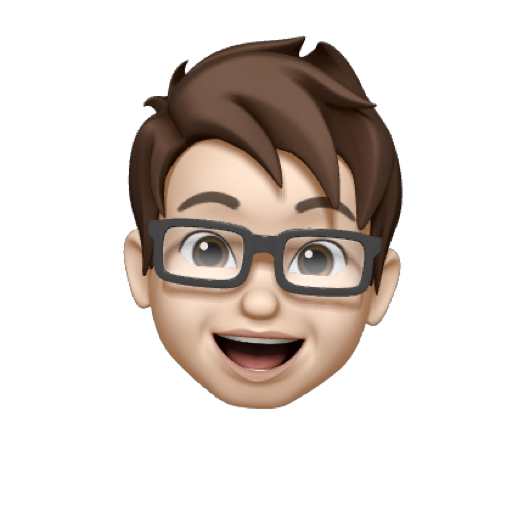 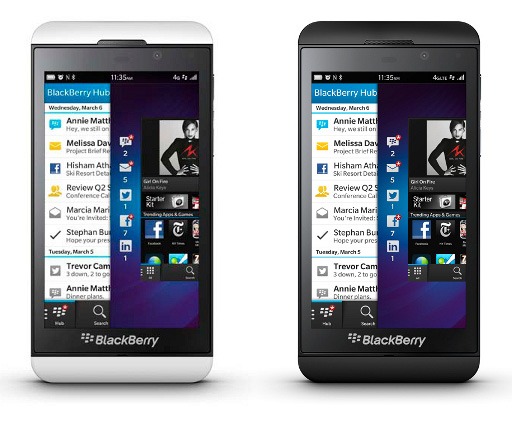 My colleagues and I attended the BlackBerry Z10 launch party at the ArtScience Museum @ Marina Bay Sands hours ago and there was a huge turnout despite the heavy rain!

Now, I know there are several professionally written reviews out there detailing the reviewer's experience with the applications and operating system. Since I have only managed to get my hands on a set for just a short while in the morning, I will only focus on my impression of the device's physical appearance.

My first impression? BlackBerry definitely wants a share of the pie in the Smartphone market! I showed a colleague the back of the phone and he asked "iPhone 5? eh? BlackBerry case? Huh?" The BlackBerry logo at the back stood out from what looked like a black iPhone 5 in a case which confused my poor colleague until I revealed the device's true identity. We both agreed that the position of the back camera was the main cause for the confusion.

Despite being slightly thicker than an Apple iPhone 5 (9mm versus 7.6mm), I couldn't tell the difference until I compared the detailed specifications. The BlackBerry Z10 has the right dimensions and fits well in the palm of my hand. The rubberised battery back cover on the black set that I was using also provided excellent grip without needing a case. 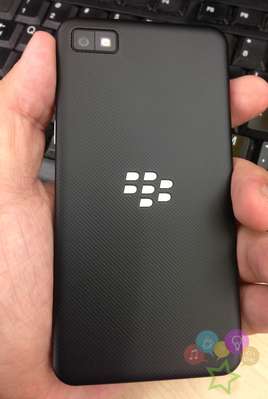 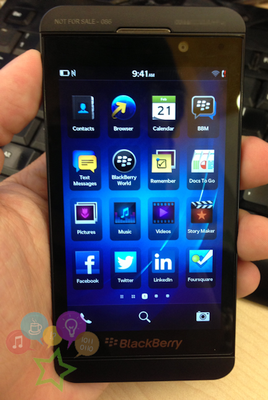 User interface wise, I have to state honestly that the home screen looks and feels very similar to that on an iOS / Android phone. I observed no lag when flipping through screens and performing gestures. However, I never managed to figure out how to return to the previous screen until I asked and found out that I have to swipe upwards.

There are some very cool features such as BlackBerry Hub where you can "peek" at your messages from within an application just by swiping from the left of the screen.

BBM Video, in my opinion, is just like Apple's FaceTime but with the added functionality of sharing your phone screen using Screen Share. And you know what? This works over 3G/LTE too!

I like the camera's Time Shift Mode which is very similar to Samsung's Best Face feature. In Time Shift Mode, the camera captures images before and after a photograph is taken. This allows you to choose the best faces for individuals in a group shot. This is useful when, for example, someone did not smile or had blinked when the shot was captured.

One very important thing to note is that, the Z10 no longer require BIS/BES! It can connect to your Exchange server using Exchange ActiveSync

Tempted? Register your interest at this page today!

For urgent matters regarding the safety of our members or the security of the platform, please email us at community@starhub.com

Have a good idea? Tell us at our Ideas Exchange!

Anyone bought the phone? Is it really like a combination of Android and iOS?

Please help me to decide before I buy!

blackberry u go to die, i never use this OS again. ... without line become useless phone

Blackberry must have their plan if one day change phone without BB plan. this stupid phone become not smartphone. like my BB even wifi support BB but no BB phone plan.